With its pristine diver sites, secluded beaches, and rich local cuisine, Curacao offers a little something for everyone.  Located less than 50 miles off the coast of Venezuela, tucked away on the outer fringes of the hurricane belt, the island of Curacao is often referred to as the Caribbean's "Hidden Treasure".

Small but sophisticated, rich with history and culture, Curacao has attracted divers for years due to its stunning coral reefs.  The island boasts more than 65 distinct dive sites and 35 beaches.  Curacao's European influence is evident in its colorful Dutch architecture showcased in the unique capitol city of Willemstad.  Curacao thrives with local flavor-including a well documented Jewish history.  Most of the island's residents speak Dutch, English, Spanish, and Papiamentu, a rich indigenous dialect. 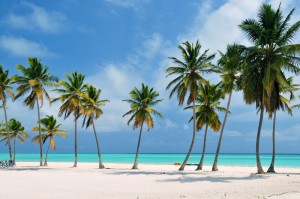 Enjoy a fun-filled getaway of a lifetime at Sunscape Curacao Resort, Spa & Casino. Located near Aruba and off the co