Geography - Grenada is an island country consisting of the island of Grenada and six smaller islands at the southern end of the Grenadines in the southeastern Caribbean Sea. Grenada is located northwest of Trinidad and Tobago, northeast of Venezuela, and southwest of Saint Vincent and the Grenadines. Grenada is also known as the "Island of Spice" because of the production of nutmeg and mace crops of which Grenada is one of the world's largest exporters.

Physical Characteristics - Its size is 344 square kilometres (133 sq mi), with an estimated population of 110,000. Its capital is St. George's. The islands are of volcanic origin with extremely rich soil. Grenada's interior is very mountainous with Mount St. Catherine being the highest at 840 m (2,760 ft). Several small rivers with beautiful waterfalls flow into the sea from these mountains. The climate is tropical: hot and humid in the rainy season and cooled by the trade winds in the dry season. Grenada, being on the southern edge of the hurricane belt, has suffered only three hurricanes in fifty years.

Population - A majority of Grenadine citizens (82%[2]) are descendants of the African slaves brought by the English and French; few of the indigenous Carib and Arawak population survived the French purge at Sauteurs. A small percentage of descendants of indentured workers from India were brought to Grenada mainly from the North Indian states of Bihar and Uttar Pradesh between May 1, 1857 – January 10, 1885. Today, Grenadians of Indian descent comprise the second largest ethnic group. There is also a small community of French and English descendants. The rest of the population is of mixed descent (13%[2]).

Logistics - Grenada is not the easiest island to reach as nonstop flights do not exist from the Ohio area. When traveling from the U.S., American Airlines, Delta Air, and Caribbean Airlines services Grenada with flights from New York, Orlando, and Miami. Time are not desirable!

Beaches - Due to its mountainous interior, Grenada possesses an irregular coastline, marked by many small bays and inlets. As a result, it offers several secluded and private beaches, many of which seem to have been untouched since the island rose from the sea. Most of the better-known beaches are in the southwestern part of Grenada, including the beaches at Calabash, Lance aux Epines, and Horseshoe. This is also the location of Grenada's most famous stretch of sand, the two-mile long Grand Anse. Located just south of St. George's, this stunning soft white sand beach has attracted many of the island's hotels and resorts. Unlike other islands however, Grenada has made sure that the development is very unobtrusive. By law, no hotel on the island can exceed three stories or the height of the palm trees, and the accommodations along Grand Anse include many intimate and cozy inns.

Walking/Hiking - Grenada has in recent years begun to protect some of its most remarkable natural assets through a system of national parks and protected areas. Ranging from the magnificent Grand Etang Forest Reserve to the tranquil intimacy of La Sagesse estuary, these areas hold considerable attraction for hikers and birdwatchers as well as for those who simply want to become better acquainted with the peerless natural beauty of the island.
Scuba & Snorkeling - Grenada offers a number of excellent snorkeling and dive locations, many of which are among the last great unexplored dive sites in the Caribbean. The west coast of the island is edged by one long offshore reef, and the reef itself is marked by the 600-foot wreck of the Bianca, a cruise liner that went down here in 1961. The most convenient snorkeling is found in the area just south of Grand Anse beach. This said, however, visitors should know that the real center of dive activity is around Grenada's sister island, Carriacou. Although largely undeveloped, Carriacou is accessible by boat and plane, offers a number of accommodations, and is encircled by marvelous, pristine reefs.
Fishing - Sport fishermen have long recognized the abundance of Grenada's surrounding waters, and the annual Spice Island Game Fishing Tournament attracts pros from all over the world. For the rest of us, there are plenty of charter companies that offer day trips to the same fine fishing grounds.
Water Sports - An extensive range of watersports is available in Grenada, including parasailing, diving, and cruising. Most resorts offer the full array of beach watersports, and a number of companies specialize in charters and rentals.

Golf - The Grenada Golf & Country Club is a nine-hole course located near Grand Anse. Facilities include club rental, instruction, a clubhouse offering snacks and a bar, and caddy service.
Shopping - The best buys in Grenada are batik and screen printed textiles, locally made handicraft, leather craft, and wood carvings. Attractive jewelry is sold by Spice Island Jewelry. Spices, locally-made jams, jellies, and syrups, especially nutmeg, local fresh fruits and vegetables are other good buys. Grenada also offers fine duty-free bargains. Gittens Duty Free Shops have an excellent selection of duty free perfumes and cosmetics, both on the Carenage and at their newly expanded shop at the airport. Jewelry, crystal, and other gifts are available at Bon Voyage, on the Carenage and at the airport. Colombian Emeralds at the airport offers a fine selection of quality duty free jewelry. Duty free liquor is available at the airport. 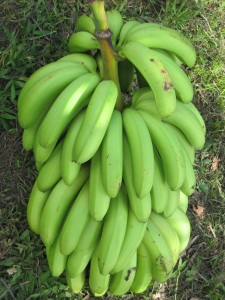